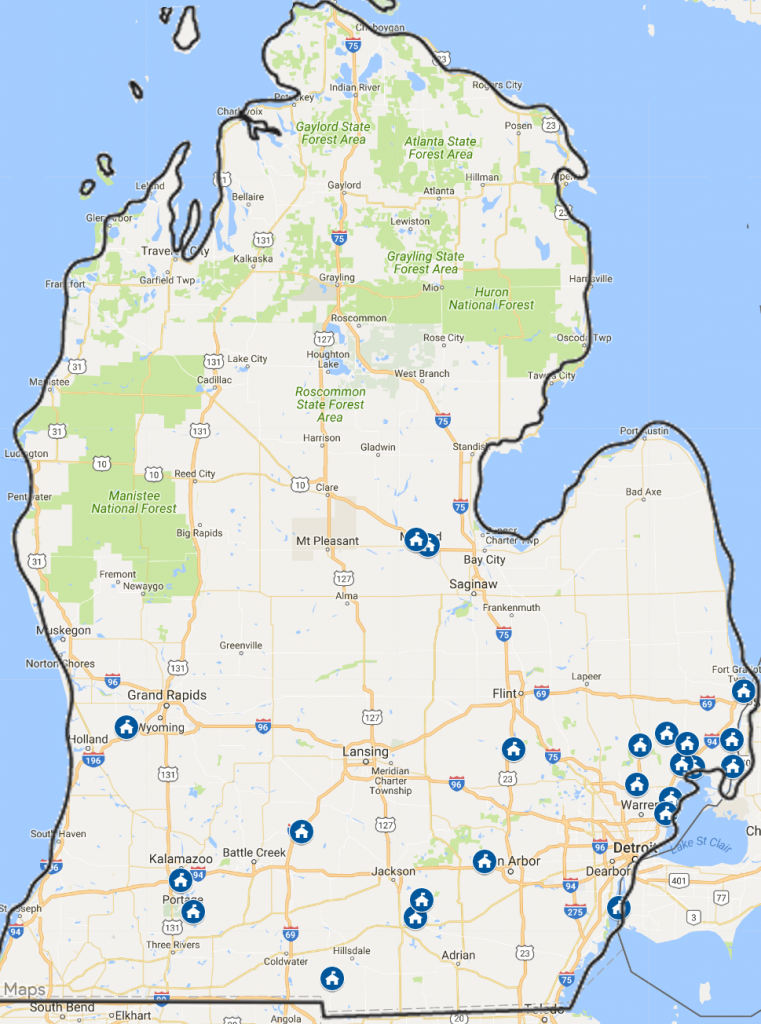 2017 Participation Map. There are no teams in the Upper Penn.

“We are very pleased with the growth of clay target shooting as an activity for Michigan high school athletes,” said Jim Sable, Executive Director of the MISHSCTL, “such high participation growth shows the demand for alternative high school activities related to Michigan’s longstanding outdoor traditions.”

Upon completion of the Spring League, all student athletes are invited to participate in individual and team competitions at the 2017 State Tournament. The event is scheduled for June 17th at the MTA grounds in Mason, MI.

Conferences are determined by team size. This year, the 23 competing teams have been divided into 4 conferences.